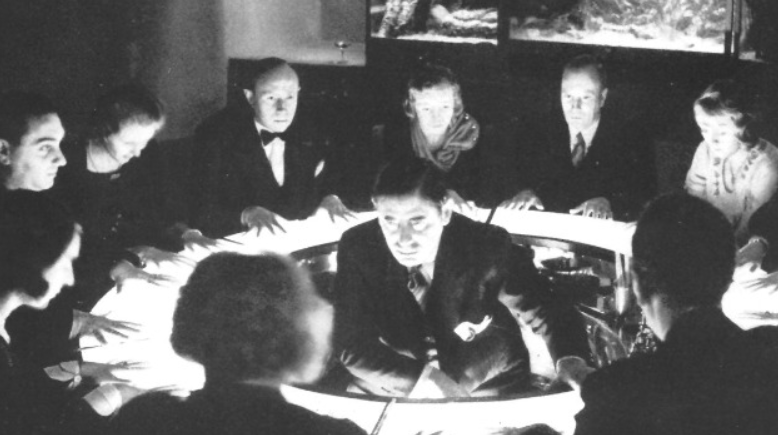 A seance is traditionally a ceremony performed by a medium in an attempt to contact the spirit world and relay information from them to us here on the other side. So why wouldn’t we want to utilize such a unique and wonderful tool?

Practical Reason: Similar to the issue we have when working with Psychics, it is hard to gather substantial concrete evidence from a seance. We are simply forced to take the word of the individual who performs the seance that they have received these messages. Another issue we have with seances is safety. If a medium is able to channel a spirit in someone else’s home or place of business, we can never be sure that the spirit that is being channeled is the one we were brought there to find and not a new spirit that they are now introducing to the area through themselves. If a new spirit is introduced, we may have created even more problems for our client instead of helping to solve the ones that we came to investigate. We can also never be sure of the intentions of a spirit who is summoned, and we will never put our clients or our members in danger by summoning a potentially dangerous spirit through a seance.

Skeptical/Scientific Reason: Unfortunately, the majority of the spiritualists and mediums have been disproven as hoaxes. Historically, the famous mediums of the early 1900s used things like sheep lungs to mimic ectoplasm and electronic devices, strings, mirrors, dry ice, and even hidden complicit third parties to create the effects of items being moved, smoke filling the room, candles being blown out, cold spots, and the like.